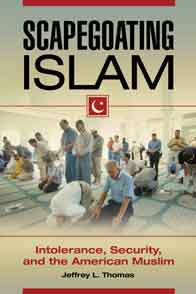 An examination of America’s post-9/11 approach toward homeland security, Islam, and Muslim Americans.

This book examines the impact of U.S. counterterrorism and homeland security policies on the nation’s security, the rights of U.S. citizens, and the lives of Muslim Americans. It also assesses public perceptions of Islam, including intolerance, discrimination, and anti-Muslim violence.

An underlying theme of the book is that securing the homeland and protecting civil rights are mutually reinforcing complements. Protecting the rights of Muslim Americans and other minority groups is central to safeguarding America’s democratic system. It is also crucial to fostering trust and cooperation between law enforcement and minority communities, who often play a critical role in countering violent extremism.

Key elements of the book include: